Center Board of Directors

Center Board of Directors

The center’s council consists of: the Director General as a chairman, the membership of the Assistant Director-General, heads of scientific departments, the director of the Marine Information and Documentation Division, the director of the Quality Assurance and University Performance Division, and a representative of the teaching staff. Some of the highest-rated faculty members are hosted. The terms of their membership are determined by a decision of the University Council, provided that one of the members is a Secretary of the Council. 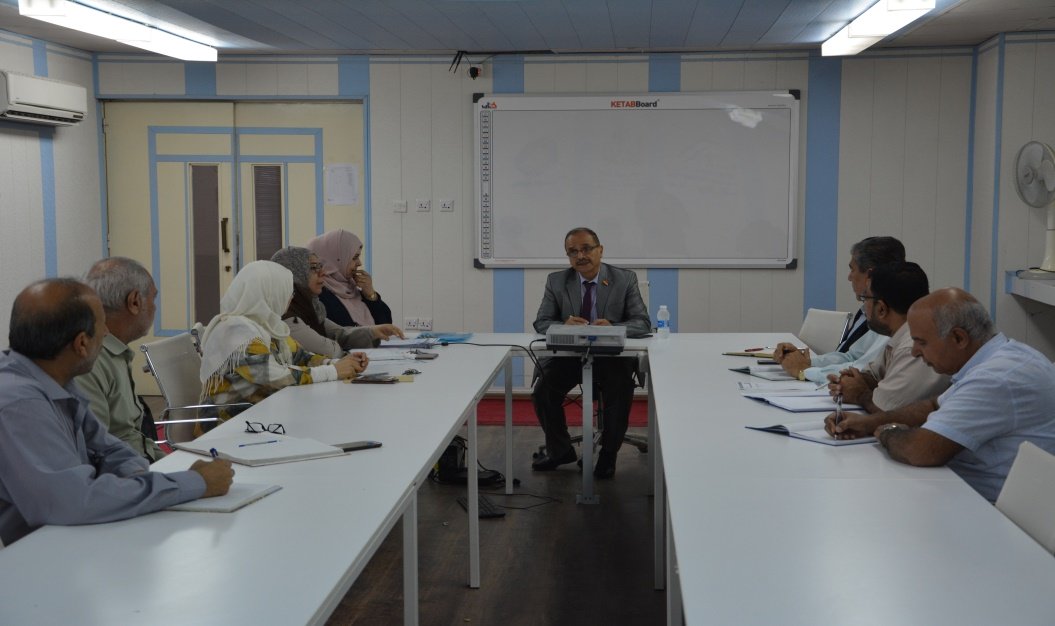 The Council of the Center meets at least once a month, and a meeting is not valid unless two-thirds of its members are present.
Board decisions are issued by an absolute majority of the votes of the members present, and in case of equality, the side on which the president is in shall prevail.
The decisions of the Council shall be considered valid unless objectionable by the President of the University is received within (15) fifteen days from the date of their arrival to him. If he objects to it, he returns it to the center’s council with his point of view to study it again. If the council maintains its opinion, the objected decision is referred to the university council for decision in the first ordinary or exceptional session, and the university council has the right to ratify, amend or cancel the decision, and its decision on that is final.
Council tasks

Recommend approval of the center's strategic plan in line with the university's strategic plans.
Adoption of a strategy for scientific research in the center.
Approval of the general plan for the implementation of quality and academic accreditation in the center.
Forming permanent or temporary committees from among its members or from others.
Encouraging the preparation of scientific research and coordinating it among scientific departments and working on its dissemination.
Considering the transactions and requests of faculty and staff members.
Recommending the approval of the study leave plans proposed by the scientific departments.
Considering what the University Council or the President of the University refers to him of books or the assistants of the President of the University and expressing an opinion.